The previous record high was in 1999 and it was set at $58,665 according to information from the US Census Bureau. In addition, the poverty rate in the USA is down by 0.8%. USAFIS assists clients from all over the world by helping them prepare and submit their applications to the US Green Card Lottery Program. 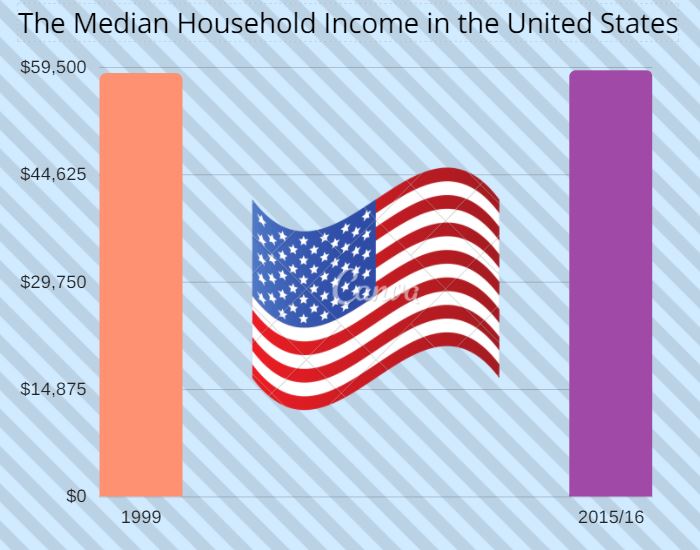 According to the Associated Press, this new high is the first time since the 2009 recession ended that US households made more money than they did in 2007 (the year the recession began). Two excellent reasons to celebrate this milestone are that Americans now have more money and the economy has finally recovered from the global financial crisis.

USAFIS is a privately-owned company that provides expert immigration services to help foreign nationals apply successfully to the Green Card Lottery Program. According to Greg McBride, chief financial analyst at Bankrate, “This is the final piece of the puzzle falling into place for economic recovery. The growth in wages and household income has really only materialized in the past couple of years.”

According to McBride, this latest increase is because of an increase in jobs, lower rates of unemployment, and a tightening of the work market. When there is a shortage of qualified workers, especially in fields such as healthcare, computer science, and engineering, it puts more pressure on employers to pay out more money.

McBride says that because of supply and demand, employers with available jobs are now having to pay more money to find candidates who are qualified. In fact, some employers are having to outbid their competitors to find the people that they want and need to work for them.

According to McBride, incomes are not only going up for Americans, but they’re also beating inflation. In other words, people are able to improve their way of living and have more money to spend. If you’re interested in moving to the United States, USAFIS offers services to help qualified individuals with their Green Card Lottery applications and promises 100% participation in the U.S. Green Card Lottery!