The New York Federal Reserve recently reported that consumers would be spending more in upcoming months, and they voiced their opinion that they will likely be able to find jobs and be less likely to lose jobs.

This strong labor market in the U.S. has resulted in nearly 35% of 1,300 heads of household who were surveyed to claim that they are in a much better place economically than they were a year ago. USAFIS is a private immigration firm that provides services to foreign nationals looking for a new life and work opportunities in the U.S. 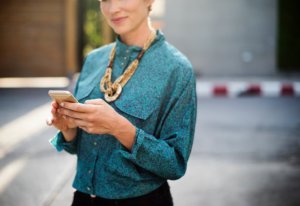 Currently, the U.S. government is predicting an economy that will continue to produce more jobs. Inflation for the year was a little low compared to household expectations (from 2.6% down to 2.5%), but that number is expected to increase to 2.8% over the next three years.

That number is consistent with the Fed’s prediction, so the latest dip is likely just temporary. According to USAFIS, “The future of the U.S. economy looks very strong, so it’s a great time for interested foreign nationals to start their visa application process.”

In addition, the New York Federal Reserve survey verified the concept that strong consumer spending would continue. Of those polled, half said they expect to spend at least 3.3% more in the coming year, while the expected growth was only 2.6% in the May survey.

Those who took the survey also showed faith in the labor market strength, and there was a small drop from 13.6% down to 13.5% regarding the perceived feeling that one could lose a job in the coming year.

However, the percentage of probability for finding employment rose from 56.7% to 59.2%. You can contact USAFIS for information on how to begin the process of filling out your applications and making plans to move to America to study, work, and raise a family!