America is a nation that has been extremely successful in attracting skilled immigrants. Recent immigrants have played a part in building several revolutionary American companies, such as Google, eBay, and Intel, to name a few. When people want to move to the United States, the process can seem daunting, which is why USAFIS tries to help foreign nationals with the application process. 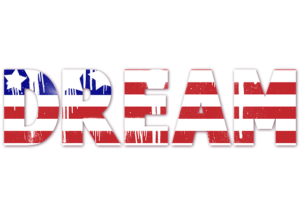 A staggering report from the Council on Foreign Relations states that of the recent growth in the U.S. labor force, more than half is attributed to immigration. They also submit that nearly all future growth will come from current workers delaying retirement or from immigrants.

The report said, “Unlike Japan and most of Europe, which face a steady decline in their working-age populations, America’s high immigration rates, and relatively high birth rates among more recent immigrants, have lessened much of that decline.” USAFIS stands ready to help you with the application process to get moved to America.

The American Dream remains an irresistible standard. The United States is a country where anyone, regardless of culture or economic standing can start afresh and build for themselves and their families a better life. John Zogby, an American pollster, testified to Congress in March 2007, “America still represents a beacon of hope.”

This explains why America still draws the most capable and brightest immigrants, along with the determined poor who see no betterment in their own countries. These brave immigrants, making the journey to the U.S. to provide a better life for their families, are heroes.

Most of these determined immigrants come to America to work. The working conditions and prospects for higher salaries are far exceeding what is possible in their own countries. Contact USAFIS today to learn how they can help you get moved to America to start working and building a new life!